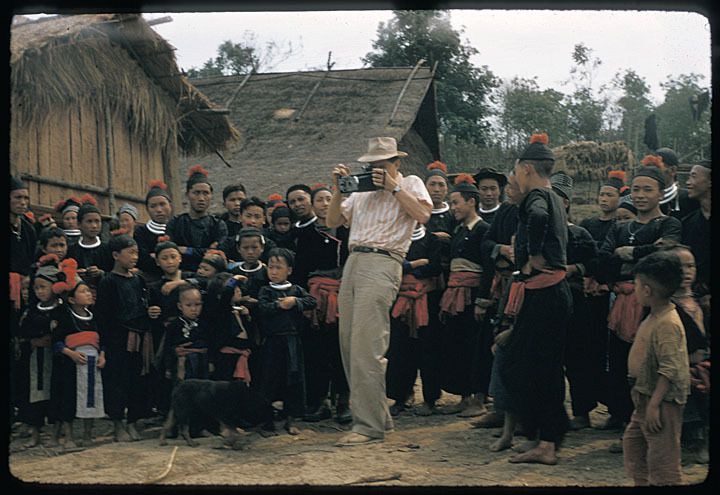 Joel Halpern is an American anthropologist who worked in Laos in 1957, 1959 and 1969, with a particular focus on the Lao elite. He initially went to Laos as a Junior Foreign Service Officer attached to USOM, the U.S. Operations Mission, in January 1957 and stayed until the end of the year. Prof. Halpern returned to Laos in 1959 to conduct a study of, in particular, the Lao elite. His stays and research resulted in some of the first American academic work on Laos, most notably the 22-volume Laos Project Paper series while at UCLA in 1961-2. In 1969, Prof. Halpern was back in Laos as a member of the Mekong Group of the Southeast Asia Development Advisory Group (SEADAG). Following stints at UCLA, Brandeis University, and Harvard University, Prof. Emeritus Halpern retired in 1992 after teaching 25 years at the University of Massachusetts at Amherst.

He has donated his works and collections to a number of US institutions that have made digital access available to us. Fascinating materials that you could browse and admire as well as learn in-depth about our culture and history.

His field notes can be found at Credo, the online repository containing the digital collections held by the UMass Amherst Libraries’ Department of Special Collections and University Archives (SCUA) . I was fascinated by the account of the weddings of Tiao Savivanh Savang, the daughter of King Savang Vatthana and Queen Khamphoui. Some examples can be accessed here: http://credo.library.umass.edu/search?q=halpern+wedding+laos&x=0&y=0

2) The University of Wisconsin-Madison

Consisting of slightly over 3000 images, the Joel M. Halpern Laotian Slide Collection is a unique portrait of life in Laos. https://uwdc.library.wisc.edu/collections/seait/laos/

He donated his collection of 55 artifacts containing many examples of Lao textiles and other collectibles to the School of Human Evolution and Social Change (SHESC) at Arizona State University. http://car-dev.clas.asu.edu/node/43