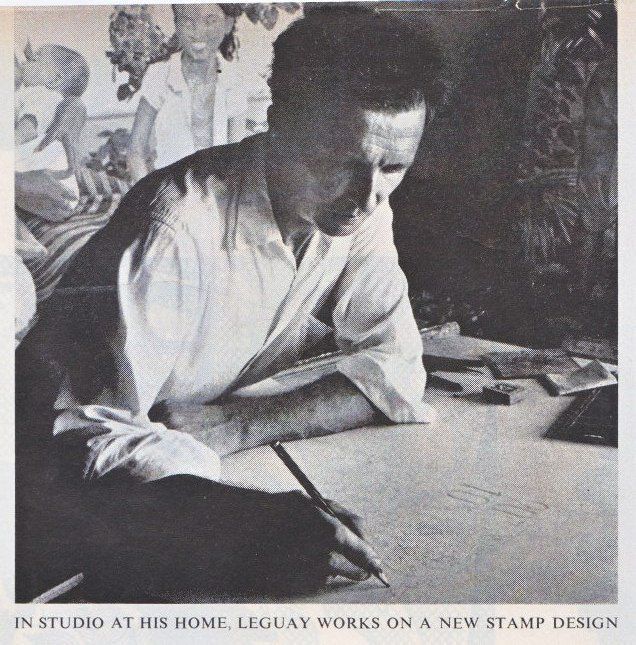 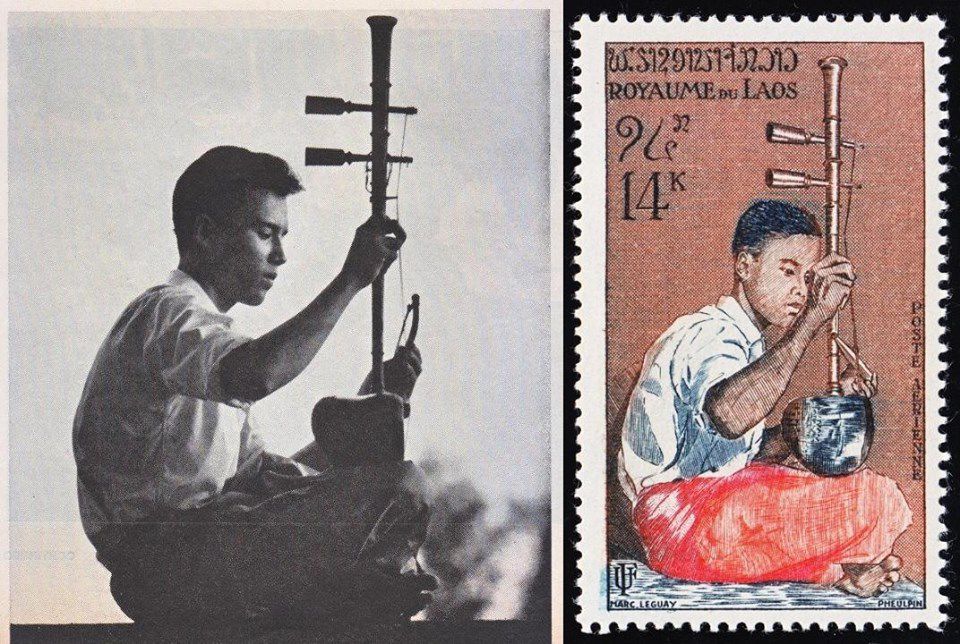 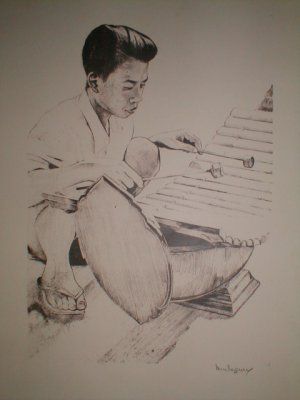 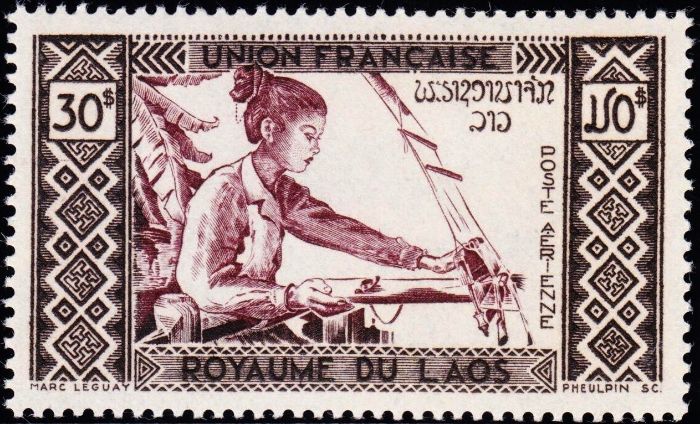 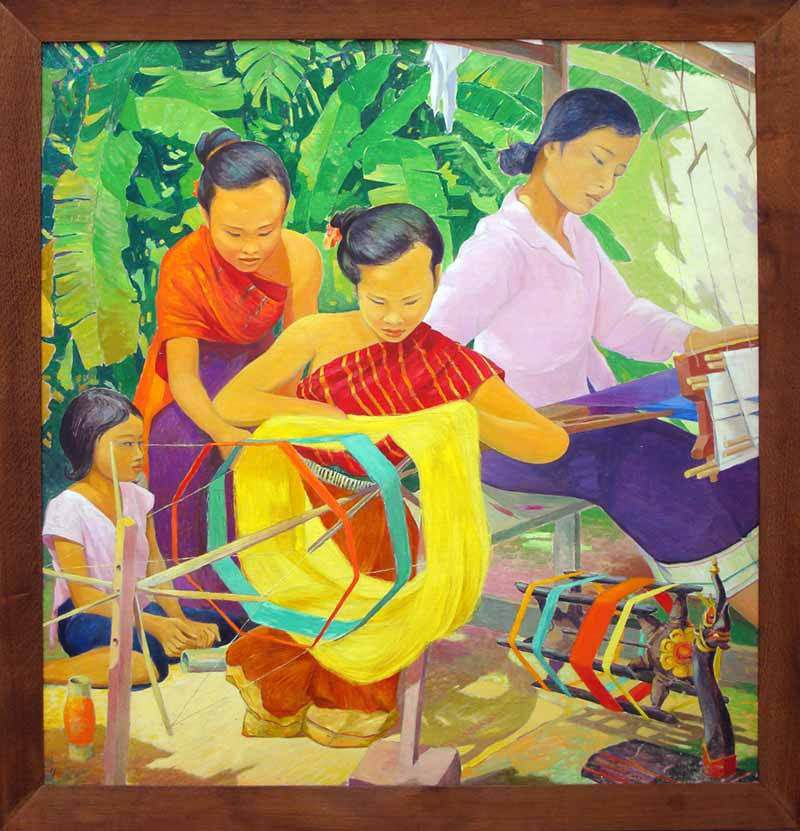 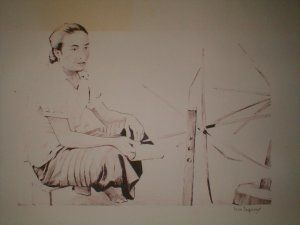 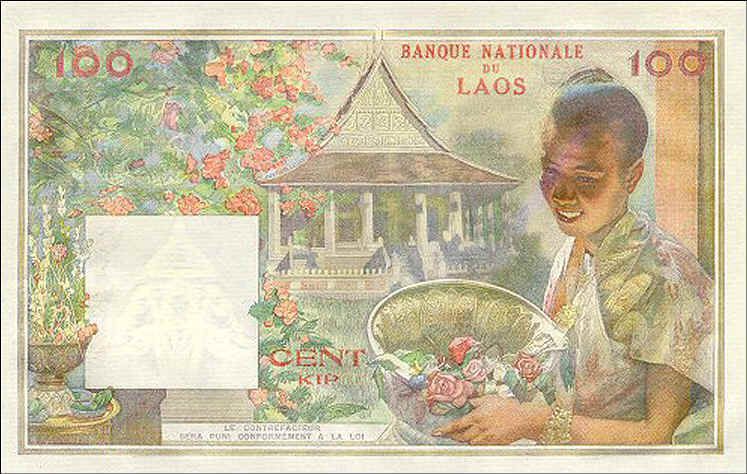 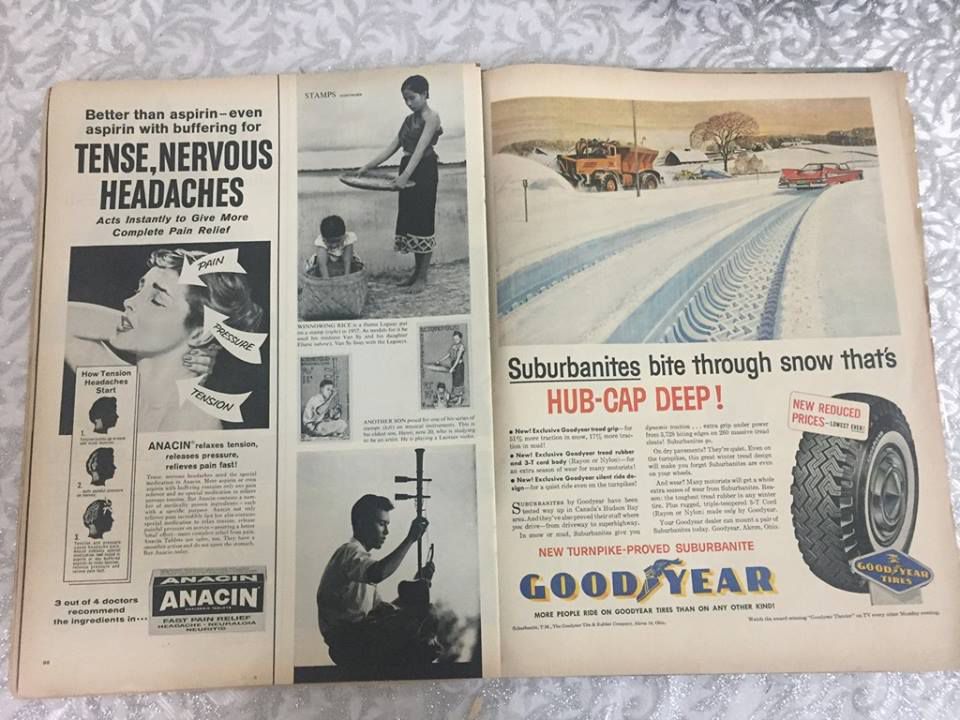 Much has been written about Marc Leguay with a complete compendium of his works gathered by Francis Benteux, "Marc Leguay, le Peintre du Laos" (Maisonneuve and Larose, Paris, 2001). Leguay arrived in Laos in 1936 and felt in love with the country and stayed until 1975. His paintings and works on stamps are known in France and outside his country of adoption mainly through Laotian postage stamps which they illustrated from 1951. His style is very much orientalist, in line with the colonial world of that period.

In 1946, he married Nang Sengdeuane Soulivong, of a large family of Khong, who became his muse: on his paintings will now dominate the harmony and tranquility and appear the soul of Laos and its inhabitants . Many characters appear on the paintings of Marc Leguay. They are most often members of his family or relatives of the artist: the Player of so (type of violin), Player of khene (wind instrument) and Player of rank nat are respectively his sons Henri and Daniel And Phoun Savath, the brother of his wife Sengdeuane, who gave him eight children. She will also serve as a model (painting, philately and numismatics) illustrating the beauty and distinction of Lao women.

After WWII and the Japanese occupation of Laos, he moved to Vientiane where he taught drawing at the Lycée Auguste Pavie for twenty-eight years. His work is moving gradually towards a new direction: the representation of everyday life, as evidenced by this market scene. Colorful and cheerful, these works illustrate the lives of the inhabitants of Laos and, more often than not, the women they stage in daily activities. Among his achievements is the establishment of the School of Fine Arts. Like most Westerners, Marc Leguay left Laos in 1976. He is still considered the painter of Laos.

I recently got hold of Life Magazine of November 1959 where his works on stamps is featured among the most beautiful stamps in the world. The magazine features the stamps and the models and it is so touching to see that behind the stamps come the artist, the man, the Lao way of life. There are still a few copies circulating on Ebay for about a dozen dollars so grab one! Featured in the selection of photos I made for this blog are some gravures of Leguay's work prepared for the printing of stamps (French Embassy' exhibit of Leguay's work in 2006).